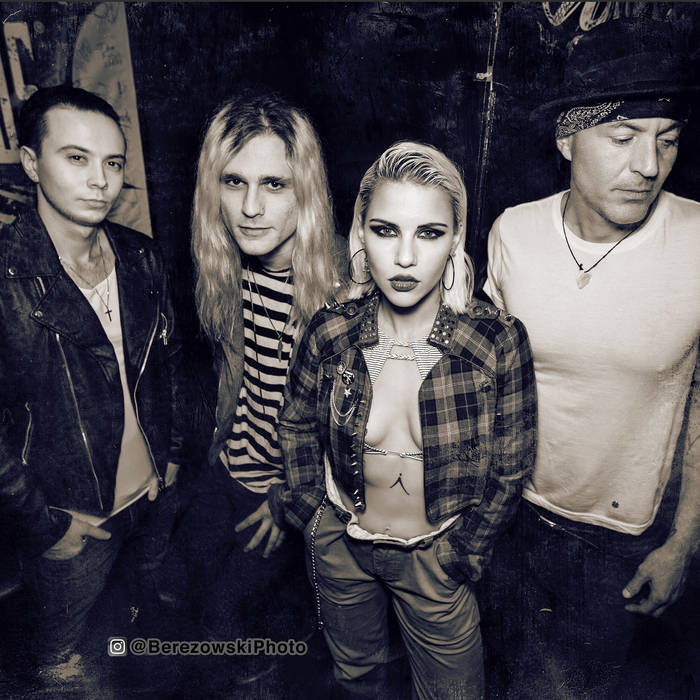 "NRG Sessions" is a 5 track EP recorded at NRG Studios is North Hollywood, California. All tracks were engineered, mixed, and produced by Kyle Hoffmann. Exclusively available only here on Bandcamp for a very limited time only. Grab it before we take it down. Full studio Debut LP is in the works. Stay tuned. Enjoy these for now. Thanks for your support.

All songs performed by Royal Distortion. Additional vocals and keys by Nicole Blanco and Jon Holland.

“Royal Distortion is like a modern cross between Nirvana, Blondie and U2 with edgy Pop-rock anthems that hook you instantly. They have created a unique dreamy rock-solid wall of sound, and there’s is a must-see live show. Royal Distortion are L.A.’s hot band to watch.” - L.A. Artists

“Royal Distortion is ready to break on through in a grand and regal way – especially if their live shows are indicative of greater glories ahead.” - Highwire Daze

The bands' first performances were a monthly residency at The Viper Room and they are performing every Monday (starting May 2018) at Whisky A Go-Go as their house band; this is the first time in decades that the world famous venue has invited a band to headline on a weekly continuous basis. Previous house bands at Whisky A Go-Go include The Doors, Van Halen, and Chicago.

“Royal Distortion present their own wondrous take on the pop and grunge movement, delivering a collection of songs that should be played all over the worldwide radio airwaves” - Highwire Daze Online

“This band is definitely on their yellow brick road to a label. Every gesture, every sound, every chorus, and every position was marketable.” - Highwire Daze

"What a fierce performance the band bestowed upon their ardent fans. Arriving on the scene to give pop rock a glorious kick in the behind, IQueen is an absolutely captivating performer – comparisons to iconic superstars such as Debbie Harry may abound, but IQueen maintains a passion and versatility that is infinitely original." - Highwire Daze

"Ballsy Alt rock and I like it!" - LA Music Scene

“Their music feels modern, yet it is inspired by retro aesthetics and timeless rock influences, making for a perfect compromise. On stage, the band knows how to keep the audience on the edge and keep the tension high with electrifying performances.” - Folk N’ Rock

Bandcamp Daily  your guide to the world of Bandcamp